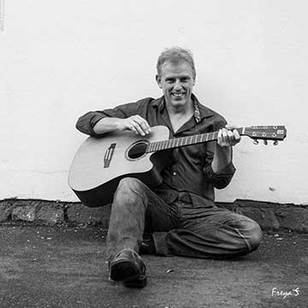 Is it Me that is Crazy or Everybody Else?
In my formative years I knew I saw things differently from everybody around me and I felt like ‘the alien’ in the room. I knew I experienced reality in a way that people around me didn’t but I couldn’t explain what it was except to say it was a ‘magical’ or ‘mystical’ quality.

At age 13 I found myself being the group psychologist. Friends came to me for advice and guidance and somehow I always knew what to say and was even more amazed when they came back happier because the advice worked. I had no idea what I was doing or why that was happening. That would be the theme of my life for many years.

The Disillusionment
Although I was an A student, I was disillusioned with university and the education system - I didn’t find anything to study I felt aligned with. I was looking for a deeper truth. So I worked for various companies in quality control labs and discovered I had an ability to work out complex problems and issues quite quickly. It wasn’t until 6 years later that I realised I had an I.Q of 155 with particularly high scores in lateral thinking.

The Desire to Make a Positive Difference
At age 19 I read two books by Susan George, ‘A Worse Fate Than Debt’ and ‘How The Other Half Dies’…. which had a profound effect on the way I saw the world. It awoke in me a strong sense of a need for social justice and equality for all people so I began to create charity events with a friend, with the proceeds going to Red Cross and World Vision.

However I wanted to make a significant difference to how the world worked and I thought the best way to do this was to become a successful musician so I could have greater influence and impact. My 10 piece latin funk band was taking off at the time with local promoters encouraging us to go overseas as we were creating ground-breaking music at the time. So I headed off to London with the core of the band.

The Breakdown
At age 28, after 7 years of fanatical dedication to my music career and quest to get a record contract, it all ended abruptly in Philidelphia USA, when my partner, the singer, decided she didn’t want to continue to pursue a contract deal. In that moment I realised I had no ability to turn the situation around, and my whole world collapsed. For the first time in my life, my vision of my future was gone and I was completely devastated.

Returning to London I stepped out of life for 18 months and began some deep soul mining which culminated in my experiencing a profound awakening one morning in 1993. This dropping away of my identity gave me a clear experience of the true nature of reality, who we think we are and who we really are.

Searching For Answers
Having had no previous spiritual teaching, this awakening started me on an intense journey of discovery to understand what I had experienced. This journey took me through the worlds of Tibetan and Zen Buddhism, a vast array of Western Philosophies and leading edge Psychology. I began to develop myself in Ontological (the study of Being) Coaching and Transformational Leadership skills and techniques while working as an International Management Consultant.

The Breakthrough and the Dolphins
I started coaching and teaching in the transformational domain from 1998 but my big breakthrough came in 2004.

In 2004 I was invited by Dr Glen Lauder to apply my transformational processes to the 2004 Biodiversity Summit in New Zealand. Over the course of three days I facilitated the transformation of 200 key stake holders, including Mayors and Local Government Representatives, Farmers Federation, the Ecology Network and Land Care, as well as biodiversity, water and soil scientists.

My idea was to create a Meta-conversation over the top of the existing powerpoint presentations that would raise the consciousness of everybody in the room with the outcome being: For each participant to get that they are a leader in the area of biodiversity and that they are all committed to the same outcome (stopping the decline of biodiversity) but with different challenges to deal with.

Through the process I witnessed arch rivals apologizing and hugging each other, hard cynical scientists crying their eyes out, disconnected groups coming together and organizing dialogue.

At the end of the summit as I played a song I wrote, I saw people looking out of the window down into the water, off the Jetty, where the conference was held, because a pod of dolphins were swimming around in a circle just down from the window. Dolphins had never been seen that far in to Wellington before.

In that moment I realised the magical mystical quality I experienced was being experienced by 200 people in the room and I finally felt like I knew what I was meant to do with my life.
As people were staring out of the window in amazement, laughing and crying, I acknowledged everyone in the room for creating an amazing experience.

A Special Acknowledgment
Afterwards Maori Elders came up to me and acknowledged me for the role I had played in this journey we had all experienced together. They shared sacred knowledge with me which was an incredible honour and I finally felt validated as to who I am and what I am here to do.

The Summit was declared an “astounding success” by the Minister for the Environment and received overwhelmingly positive feedback from the key stake holders. One Local Government participant described it as “the most profound experience of my professional career”.

After this success I was then invited by Dr Lauder to co-present a number of transformational workshops with key Departments in the New Zealand Government including the Department of Innovation and Economic Development.

Professional Development and Launching My Own Programs
In 2005 I decided to try my hand at Transforming businesses and took a position with an elite International Consultancy in 2007 that specialized in Organisational Transformation and Transformational Coaching to hone my skills. At the beginning of my induction training I was singled out for the Faculty arm of the business, which develops the Intellectual Property used worldwide and that gave me the confidence to start to develop my own material.

In 2008 I developed my own intellectual property and I began moving into the public domain and created a 1 on 1 Transformational Process called Mastering Your Self, as well as developing Transformational Courses with my partner Tracy Marcuzzi called Being The One which received extremely positive feedback as making a profound difference to participants lives.

There's nothing I love more than watching my participants faces light up as they realise who they really are and see deeply into the life they have been living and be absolutely delighted with what they discover. That illumination is the most profound experience we can have in our life times and it is attainable and sustainable when we understand what is going on and how to cultivate and navigate the terrain.

My Job, my honour and the reason why I exist, is to help people navigate and support them through new territory until they acquire the skill and abilities to know their own way. When you know how to access your truth, you know your way.
With love,
Ian Nesbitt
Contact Ian for a Discovery Call Now